Adventures in the Magic Kingdom – Nes – Full Playthrough – No Death 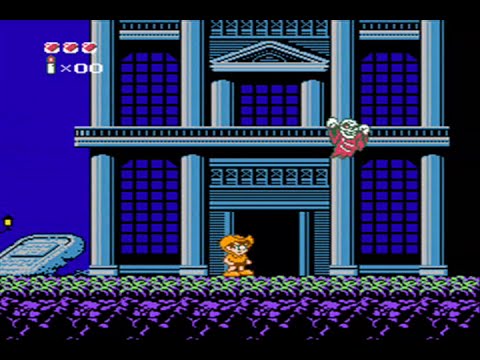 Make sure you follow me on dailymotion for exclusive videos.

This is your ticket to breath-taking Adventures in the Magic Kingdom! Join the exciting adventure as you search through the Magic Kingdom for the six silver keys that will unlock the Enchanted Castle. Use all your skills and resources to achieve your goal. Answer Disney trivia questions to gain access to the attractions.

Adventures in the Magic Kingdom is a video game released in 1990 for the Nintendo Entertainment System. Its soundtrack was composed by Yoko Shimomura who later scored the Kingdom Hearts series. The game places you as a nameless main character. Goofy left the golden key for the castle gate inside, and Mickey Mouse asks for the player’s help to find six silver keys needed to open the Cinderella Castle gate and allow the Disney parade to begin. After completing this task, Mickey congratulates the player and the parade begins. Although the cover art and title suggest that the game is intended to depict the Magic Kingdom in Walt Disney World, the location of attractions within the in-game overworld map suggests a layout more akin to Disneyland in Anaheim, California. The player must complete five different stages, modeled after

rides in Disney theme parks, as well as a trivia quest in order to retrieve the set of keys. Players choose which stage to play by walking around the park in the game’s overworld map. The game features two vehicle stages with a top-down perspective. One of these stages is based on the Autopia ride and is a driving game in which the player must avoid various obstacles in a race against the villainous Panhandle Pete. The second, based on Big Thunder Mountain has the player controlling a train on a track and having to choose from the right path to take while avoiding obstacles. There are also two side scrolling stages. In the Haunted Mansion stage, the player must defeat ghosts by throwing candles at them to retrieve one of the keys. The other side-scrolling stage is based on Pirates of the Caribbean and the player must rescue six

villagers from pirates who have raided an island. The Space Mountain stage is a first-person stage in which the player boards a spaceship with the mission to reach a certain star, maneuvering through asteroids while shooting enemy ships with a phaser. The trivia game is available to play at any time. Several children around the park ask the player questions about Disney films and characters; if these are answered correctly, the children will reveal the location of the final silver key. Space Mountain This stage pits the player in the role of a spaceship captain docked at Star A, trying to pilot his ship to Star F. The player must match button presses with what is shown on the screen. The arrow keys are used to maneuver the ship, and the A and B buttons are used to fire lasers. Five mismatched or missed button presses will result in a loss. Making it to

Star F will win the level and grant a key. Big Thunder Mountain. One of the more unique stages, in which the player controls a speeding locomotive making its way down jumbled sets of tracks. The goal is to make it down the mountain to Train Station #2 while avoiding rocks and multiple dead ends. The train can take five rock hits before failing, but one dead end will end the level. Completing the course will earn a key. Haunted Mansion. The player must traverse the Haunted Mansion to fight The Phantom. This is a standard platforming level where you must make your way through the front yard and four floors of the mansion. Enemies can be fought with thrown candles. The player starts with ten candles but more can be found throughout the level. The third and fourth floors are the hardest, as the player jump from floating chairs.