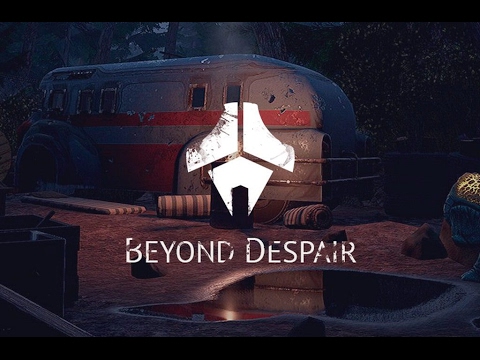 Hey, this is my first video of Beyond Despair, one of the creepiest games I have played since the first Silent Hill and Resident Evil.

Beyond Despair is a Single and Multiplayer Sci-Fi horror game in a setting between 1930s and Steampunk. You start as one of several thousand agents sent to the Island to inspect, explore and find out what happened there. It is all about stealth, survival and in the future crafting as well. So far multiplayer works as good as singleplayer and the stealth feature actually works pretty good. The monsters are not dumb, but also don’t instantly find you. Monsters however are not the only thing that will kill you due to hidden dangers such as anomalies, thirst, hunger and the cold.

The devs just added an in-game map for the game (which is awesome) and mentioned that in the future there will be additions such as crafting and more story elements.

While this might not be the best video in explaining the game in its entirety, it was my first gameplay and as such it was posted to YouTube. I have a second video already in the working and will continue making videos/Episodes as I progress within the game.