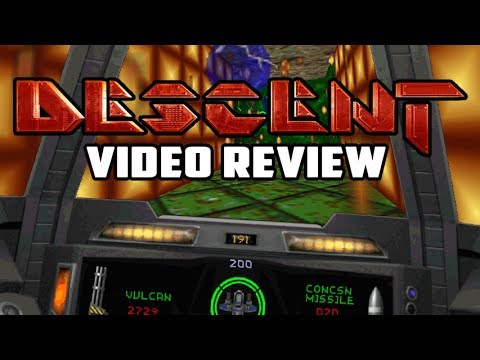 Descent is a 3D first-person shooter video game developed by Parallax Software and released by Interplay in Europe in 1995. The game features six degrees of freedom gameplay and was followed by several expansion packs, as well as a 1996 port to the PlayStation. Ports were also announced for the Sega Saturn and Panasonic M2, but these were later cancelled. The game is set out in the Solar System where the player is cast as the Material Defender, a mercenary hired by the PTMC.

On March 12, 2016 Matt Toschlog and Mike Kulas (designers of the original Descent games) successfully funded Overload on Kickstarter, describing it as a ‘spiritual successor’ to the Descent series. The game has entered development and is slated for a 2017 release.

As of December 2015, Descent had been withdrawn from sale via GOG.com and Steam due to a dispute between Parallax Software and publisher Interplay.