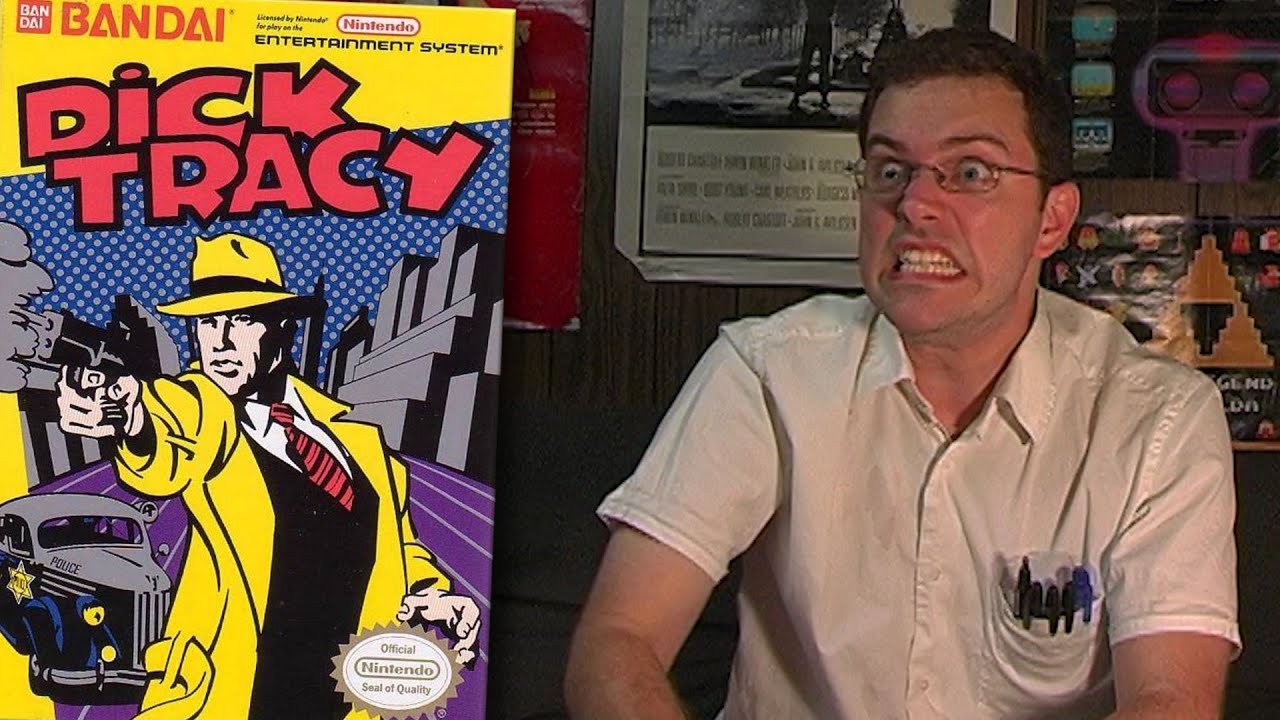 The Nerd turns into a detective to find out why no one would want to play Dick Tracy for the NES, and soon uncovers the many flaws and problems with it. This is Angry Video Game Nerd Episode 56.

A year on from Tim Burton’s successful revival of Batman onto the big Screen, Warren Beatty attempted something similar with another comic-book origin detective story, Dick Tracey. Hitting theatres in 1990, it had Beatty on producer, director and acting duty playing the title role. He was joined by a mouth watering cast including Al Pacino, Dustin Hoffman, and Madonna with Danny Elfman scoring. With a strong marketing campaign aimed at kids, expectations couldn’t be higher.

On its release though, the film received mix reviews, and despite a strong weekend opening, it generally disappointed at the box office. Twenty five years on, it hasn’t been able to establish itself with any kind of lasting memory or legacy for the character.

‘But what of the game?’ I hear you ask.. released by Bandai, (who really should have just stuck to making action figures) The game is both a driving top-down and side-scrolling platformer, putting the player in the role of a detective trying to gather clues to solve a case. Sound good right? If you can find yourself a steerable bullet-proof car, a map, pen and paper, plus hire a NASA scientist to help explain how the health power-ups work, you’ll enjoy it just fine …

The Nerd wasn’t so lucky. Better get your banana rain-coat on, the poo is about to hit the fan.