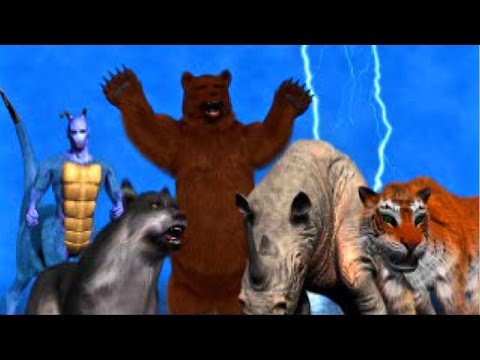 Animorphs: Shattered Reality is a 2000 game for the Sony PlayStation. It is based upon the Scholastic book series Animorphs by K. A. Applegate. It was the last game made by SingleTrac shortly before the studio closed down.

Visser Three has obtained a machine that allows him to alter or destroy reality itself. Playing as four of the Animorphs (Tobias and Ax are not present in the game), the player must collect pieces of the Continuum Crystal using their various animal morphs.Gameplay consists of platform-jumping and monster combat, with “time set aside for animal transformation”. The morphs used in the game by each character are as follows: Tiger for Jake, Grizzly for Rachel, Rhino for Marco, and Wolf for Cassie. All of the characters have the option of morphing into a Dragonfly, Dolphin, or Bat.

Reception of the game was considerably low. Frank Provo of GameSpot gave the game a score of 3.5 out of 10, saying that while the characters “animate fluidly” and praising the level and sound design, he also says the game “stumbles… in terms of gameplay and longevity,” consisting of mostly jumping. Jeremy Conrad of IGN gave it a similar review, saying that “the game is just so boring your main challenge will be to stay awake throughout each level. Like Provo, he also states that the player characters are only able to “run and jump,” and “cannot attack.” He praised the background and environment textures, but criticized the character and enemy models, saying “it almost looks as if the same polygonal model was used for all four characters, with the only difference being the textures.”